This year, several sections of the world’s longest footpath will open to the public. Work on this incredible project, called the England Coast Path, began more than 10 years ago. As the name suggests, this path follows the entire coastline of England. It joins up with another very long trail: the Wales Coast Path, which, in 2012, became the first footpath to cover the entire length of a country’s coastline. These two footpaths are 2,795 and 870 miles long, respectively. There are many sights and attractions to see along the way. These Paths take you on a tour through nature, history, and legend. You can see the iconic White Cliffs of Dover, for example, or the Jurassic Coast, where you can find wonderful fossils. You can visit the ruins of Tintagel Castle, the legendary birthplace of King Arthur, or the reconstructed Arbeia Roman fort. You can go for a swim in a remote bay, stop in quaint fishing villages, or visit beautiful landmarks, like the famous St Mary’s Lighthouse.

The opening of several sections of the England Coast Path is happening at an appropriate time. Because of the Covid pandemic, many people had to give up their usual indoor sports and find alternatives. Others had to change their holiday plans and look for a different way to travel. Walking and hiking proved to be very popular alternatives. Even tour operators are adapting: they are promoting various kinds of slow travel close to home. This can mean walking through nature, visiting an archeological site in the countryside, climbing a mountain, camping, biking, horseback riding, or kayaking down a river. For these kinds of holidays, the journey is as important as, if not more important than, the destination. And the slowest, safest and easiest way to travel is to walk.

Walking for pleasure became popular at the end of the 18th century, thanks to the Romantic movement. Romantic artists believed it was important to be in touch with nature, and walking was the perfect way to make such contact. English poets William Wordsworth and Samuel Taylor Coleridge toured the forests and mountains of the Lake District in northern England. They wrote many poems that celebrated their experiences there. “I wandered lonely as a cloud” recalled Wordsworth in his most famous poem. On the other side of the Atlantic, another group of artists, the Transcendentalists, promoted this outdoor movement. “In the woods, we return to reason and faith,” wrote Ralph Waldo Emerson. His friend Henry David Thoreau, in his lecture ‘Walking’, claimed that contact with nature allowed a person to “grow to greater perfection intellectually as well as physically.”

The benefits of walking: body, mind, and soul

Modern science agrees with Thoreau. Scientific studies prove that walking and hiking keep us physically fit and are good activities for our brains, too. In fact, nature’s sights and sounds promote mental relaxation. Furthermore, our brains improve various skills such as memory, attention, and spatial navigation when we exercise outdoors. Many people even believe that walking is good for the soul. This, in a way, is ancient knowledge. In fact, another special form of walking existed before the Romantics’ strolls through nature: pilgrimages. People of faith undertook long journeys on foot to visit holy sites. Curiously, many of today’s popular trails are rediscovered pilgrim routes, such as the Pilgrims Way in England, the Camino de Santiago in Spain, and the Via Francigena in Italy. Overall, the simplest of human activities provides incredible benefits. Thoreau expressed it beautifully when he wrote: “I took a walk in the woods and came out taller than the trees.”

1) Explore the England Coast Path and the Wales Coast Path:

2) Are you interested in the sights and attractions mentioned in the article? You can find them all on Wikipedia. Here are the links to the white Cliffs of Dover and Tintagel Castle:

3) Would you like to know more about the Romantic movement?

4) Here is a simple description of Transcendentalism:

5) You can find many articles and videos on the benefits of walking. Here is one of them:

2. If you follow the England Coast Path you can

4. A typical example of slow travel is

5. Walking for pleasure was

3. ________ is a bit like walking, but usually it follows more complicated trails and requires walking uphill.

4. A ________ can be a synonym for footpath; it usually describes a path through the wilderness.

5. ________ usually means believing in a god, but it can also mean having complete trust and confidence in something or somebody.

6. That building is a local ________: it’s a beautiful, historic building that well represents this place.

Ex. “I wandered lonely as a cloud” wrote Wordsworth.

Wordsworth wrote (that) he had wandered lonely as a cloud.

1. Emerson claimed: “In the woods, we return to reason and faith.”

2. “I took a walk in the woods and came out taller than the trees,” declared Thoreau.

3. “A journey of a thousand miles begins with a single step,” claims a famous Chinese saying.

4. “I regard man as part of Nature, rather than a member of society,” said Thoreau.

5. “All truly great thoughts are conceived while walking,” stated the philosopher Nietzsche.

6. “In every walk with nature,” said naturalist John Muir, “one receives far more than one seeks.”

7. Thoreau said: “An early-morning walk is a blessing for the whole day.”

8. Hippocrates, the father of Western medicine, said: “Walking is the best medicine.”

9. “I walk slowly, but I never walk backward,” President Abraham Lincoln once said.

10. “The best view comes after the hardest climb,” says the proverb.

4) Choose one of the attractions that you can find along the England Coast Path mentioned in the article (the Cliffs of Dover, Jurassic Coast…). Research it and then write a short description of it. (60-80 words) 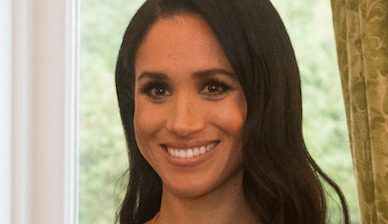