This March, the 36th America’s Cup was held off the coasts of Auckland, the capital of New Zealand. The America’s Cup competitors are two boats, representing two yacht clubs. One boat, the defender, is the winner of the previous Cup. The other is called the challenger. The America’s Cup is the most prestigious sailing trophy, and the oldest sporting competition in the world. The first race was held in 1851, 170 years ago. For comparison, the modern Olympic Games began 46 years later, in 1896. The trophy is a large, silver ewer, known as the “Auld Mug” in the sailing community.

In 1851, a member of the New York Yacht Club, John Cox Stevens, sailed to England to make some money competing in yachting events. His boat America participated in a race around the Isle of Wight and, unexpectedly, won against 14 British yachts. At the time, Great Britain was considered the dominant power on the seas – a popular patriotic song claimed: “Britannia rules the waves!” Stevens returned to the US as a hero. He donated the trophy to the New York Yacht Club; it was to be “a perpetual challenge cup for friendly competition between nations.” The competition took the name of the boat that won the first race, and so the America’s Cup was born.

The British wanted the Cup back. In 1870 Englishman James Ashbury raced against 16 American boats, but only came 10th. The following year he asked to race against only one boat and in a best-of-seven match. The Americans accepted, but again Ashbury was defeated. The British tried to win the Cup 14 more times, but always lost. In 1970, a new competition was established – the Challenger Selection Series – to select the challenger among the growing number of competitors that wanted to participate in the Cup. Australian boats began to win this competition and went on to race in the America’s Cup. They were defeated by the Americans 6 times before, finally, winning in 1983. This ended the New York Yacht Club’s 132-year-long reign, the longest winning streak in sports history.

Italy and the America’s Cup

Since 1983 there have been 11 Cups. The Americans have won 5, New Zealand 4. The only other winner (with 2 wins) is, incredibly, a landlocked country: Switzerland. Britain has never won the Cup, which, curiously, almost seems an exclusive property of its former colonies. Besides the ones mentioned, only one other country has competed in the America’s Cup: Italy. It won the Challenger Selection Series in 1992, 2000 and 2021. Luna Rossa’s victory in 2000 against America One was so hard-fought that it was described as the best two weeks of racing in the history of the competition. Unfortunately, the Italian boats failed to go on to win the America’s Cup. Il Moro di Venezia lost against the Americans in 1992 and Luna Rossa against the Kiwis in 2000. This year, Luna Rossa was back and raced against the defender Te Rehutai of Team New Zealand. It put up a good fight, but eventually lost 7-3.

Over time, the competing boats saw an incredible technological evolution. This year’s boats almost flew. When they increased speed, two wing-like arms lifted the hull out of the water. In this way, the boats could reach top speeds of 50 knots (93 km/h). In comparison, in 2000 top speeds were around 10 knots (18.6 km/h). Today’s boats are technological marvels that cost millions, designed by engineers borrowed from Formula 1 and the aerospace industry. Indeed, the America’s Cup is brutally selective: only those who can afford big budgets and years of research and training can compete. The America’s Cup is not just a sporting event, it is also a competition of cutting-edge technology and innovation.

1) Learn more about the history of the America’s Cup from its official website:

2) Here are some interesting facts about the America’s Cup:

3) Read about Auckland, the venue for this year’s Cup:

4) How do America’s Cup boats ‘fly’? Here’s an explanation:

5) Here are some interesting moments aboard the boats during the Challenger Selection Series’ final (this year called The Prada Cup) between Luna Rossa and Britannia of Ineos Team UK:

4. The first race officially called ‘America’s Cup’ was held in

10. To participate in the America’s Cup a team must

1. Usually, a ________ is defined as a relatively large boat used for recreational or sporting reasons.

4. You can state that the US is the most successful nation in the America’s Cup, but you can also ________ that New Zealand have today’s strongest team.

3a) Use the words in brackets and the possessive case to complete the following sentences.

3b) Use the words in brackets and the double genitive to complete the following sentences.

4) Did you ever go sailing? Or did you ever participate in water sports, such as canoeing, rowing or surfing, or sports that take place in the water, such as swimming or water polo? Write about your experiences. (60-80 words) 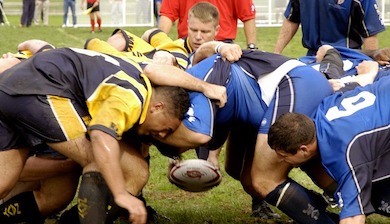 From 20 September to 2 November, Japan will host one of the world’s greatest sporting events: the men’s Rugby World Cup. Over almost two hundred years, rugby developed from a boys’ school pastime to one of the most popular sports on the planet. 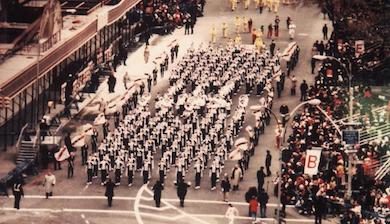 Thanksgiving is one of the most cherished holidays in the United States and the day of another beloved American tradition: Macy’s Thanksgiving Day Parade.