A recent BBC documentary, called “The Octopus in My House”, tells the story of the curious relationship between David Scheel, a professor at Alaska Pacific University, and an octopus named Heidi. Professor Scheel put Heidi in a large aquarium in his home to study her. The documentary shows the octopus’ incredible abilities, such as solving puzzles, recognizing people and, apparently, watching TV with the family. Professor Scheel points out that octopuses are very intelligent animals. They can use tools, solve mazes, unscrew jar-lids, and even pass memory tests. There is one part of the documentary that went viral: it shows Heidi changing colour as she sleeps. Professor Sheel says that, since octopuses change colour when hunting, Heidi is probably dreaming of catching and eating a crab.

Aliens of the deep

The documentary suggests that octopuses have many ‘human’ characteristics, but they are also very different from us. Dr. Scheel himself claims that he read a lot of science fiction when he was a child and decided that “working with marine animals seemed as close as I was likely to get to studying aliens.” The scientists who worked on the ‘Octopus Genome Project’ agree. They have claimed that octopuses are genetically so different from us (and even from other invertebrates) that they might as well be considered ‘aliens’. Octopuses are also very different from us physically. They have three hearts and blue blood. They have one central brain and eight smaller ‘brains’, one for each tentacle. They might be smart, but they lack some characteristics typical of intelligence such as living in communities and having a long lifespan. In fact, octopuses are solitary animals, and they only live for six months to five years.

So, how ‘human’ are octopuses? And how ‘human’ are other animals? Scientists agree that attributing human qualities and intentions to animals is an uncontrollable and universal activity of our brain, which is called “anthropomorphism”. In other words, when we see an animal doing something, we automatically interpret its behaviour in human terms. That’s why our language is full of expressions such as ‘stubborn as a mule’, ‘cunning like a fox’ or ‘industrious as an ant’. There is a difference, though, between a simplistic view of animals described in human terms, and recognizing traits shared by different species. In 2012 a group of scientists published ‘The Cambridge Declaration on Consciousness’ that states that non-human animals have brains (even if very different from ours) that allow them to be conscious. This means that they are self-aware and are capable of conscious decisions. Also, various scientific studies have proved that many animals have complex social lives and experience emotions.

These scientific observations have important philosophical and moral consequences. They challenge the theory of human exceptionalism, which claims that humans are special and stand above all other creatures. Instead, they support the ideas of people who think that all animals should be treated with equal respect, even more so if science tells us that they can think and feel like us. Recent scientific insights regarding animals is also the basis for new laws passed to protect ‘non-human persons’. For example, in 2007 the Balearic Islands gave legal rights to all great apes. This means that it is no longer possible to use apes for harmful experiments, in circuses or for television commercials. In 2013, India recognized that dolphins and whales are “highly intelligent and sensitive”, and banned their use in marine animal parks. This new attitude towards animals might actually reveal a lot about us: it demonstrates our capacity for empathy, one of the most ‘human’ qualities.

2) Here is the video of Heidi ‘dreaming’ from the documentary ‘An Octopus in My House’:

3) Find out more about Heidi here:

4) Are you interested in the Cambridge Declaration on Consciousness? Here it is:

5) Are you interested in speciesism? Here is the Simple English and English Wikipedia pages:

1. Octopuses are very intelligent because

3. Scheel and other scientists say that octopuses

6. ‘The Cambridge Declaration on Consciousness’ states that

8. The critics of human exceptionalism think that

9. The term ‘non-human person’ can be applied

10. Laws in favour of ‘non-human persons’

2. ‘______’ and ‘monkey’ are not synonyms: the first term refers to those primates that are closer to humans, such as chimpanzees and gorillas.

6. Humans have one of the longest ______ in the animal kingdom. Few animals live longer than us.

10. She studied dolphins all her life, and this has given her great ______ into dolphin behaviour.

3) Complete these animal similes with the correct animal:

2. Professor Sheer said that Heidi was dreaming ______ she changed colour.

5. Some animals are called ‘non-human persons’ ______ they have human-like traits.

7. Animals deserve respect, ______ many people treat them as things.

8. You are right ______ you think that dogs can experience emotions.

9. In the Balearic Islands you cannot use apes in circuses ______ can you use them in harmful experiments.

10. ______ you study all these scientific papers, you will never understand animal behaviour.

6) Do you agree or disagree with human exceptionalism? Describe your relationship with and attitude towards animals. (60-80 words) 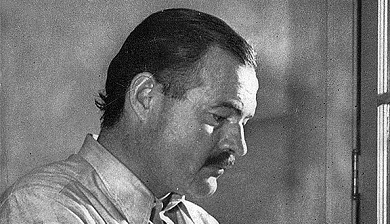 Hemingway: The Man, The Myth, The Writer Revealed 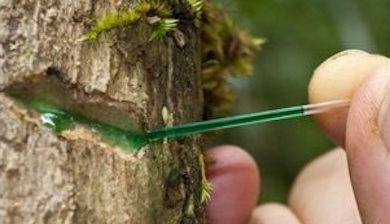 Any material that cannot be grown must be mined… until now. Scientists from Australia and other countries are experimenting with amazing plants capable of ‘mining’ metals and minerals. Soon we might farm plants that not only grow fruit and vegetables, but also produce metals such as manganese and nickel.