According to Google Trends, during the months of March and April, there has been a huge increase in the internet searches for ‘cabin fever’. Cabin fever refers to the experience of being forced to stay for a long period of time in a small, confined space with very little to do. The origin of the term probably dates back to early 1900s North America. People who lived in remote areas ended up snowbound and isolated in their cabins during the long winters. This experience was both stressful and boring. Despite containing the word ‘fever’, cabin fever is not a recognized medical condition. This does not mean that it’s just a myth. Surely the experiences of millions of people during the current lockdown prove that cabin fever is very real. Symptoms of cabin fever include negative feelings such as lethargy, irritability, frustration, impatience, anxiety, and anger.

For sure, scientists have been studying this phenomenon for decades. An interest in a special kind of cabin fever called ‘space madness’ began in the 1950s in the United States. It was the dawn of the space age, and astronauts were training for the first manned missions. How would they fare in very small capsules in the great void of space? Science fiction authors had already imagined such a situation. Many of them had written stories of astronauts cracking under pressure and going crazy. NASA psychologists were seriously worried that this might truly happen. They devised experiments that replicated the confinement and isolation that the astronauts would experience. They put astronauts in replicas of space capsules, and kept them there for long hours doing stressful work. Luckily, after more than 60 years of manned missions in space, there has never been a case of space madness. This is also thanks to the scientists at NASA, who are still studying and providing solutions to help astronauts cope with the loneliness and anxiety they might experience.

So what are the remedies for cabin fever (and space madness)? The first step is to acknowledge the situation and accept the distress it’s causing. Then, experts suggest that it’s important to establish a routine: you should follow a well-structured daily schedule. It’s important to keep physically active. If a room is all you have, you can still do some calisthenics or dance to your favourite song. Being mentally active is also important. NASA’s Jack Stuster, who has been studying how crews live and work in space, offers some valuable advice. “My primary recommendation,” he says, “is for people to view the self-quarantine as an opportunity, rather than an obstacle.” It’s a chance to work on a meaningful creative project such as writing a book or learning to paint or to cook. Reading can also be a great activity: a book can take you far away from the confines of your home and your current problems.

Regarding the people you have to live with, Jack Stuster has this to say: “Set getting along as your highest goal.” He advises being considerate and respectful. He suggests eating together regularly. It’s also important to have group leisure activities such as movie nights or board games (but avoid divisive ones, such as Monopoly or Risk). Stuster also advises respecting each other’s need for privacy. The psychologist Paul Rosenblatt, who studied cabin fever in the 1980s, agrees. He says that families “need a certain balance of togetherness and apartness.” Connecting with those who are not living with us is also important. Luckily today technology offers great assistance. In the past social media have been criticized for depriving us of real social contact, but during the current crisis they can be an important resource. People have found ways to dine, celebrate birthdays, and to participate in weddings using their smartphone or computer. Indeed, the current lockdown could be an opportunity for self-improvement and for re-connecting with others in a meaningful way.

1) Do you have cabin fever? How can you cure it? Here is some advice from CNN:

2) Are you interested in the hazards of isolation and confinement in space exploration? Here are a couple of useful links:

3) Read Jack Stuster’s detailed advice on how to deal with the problems of the current lockdown:

4) Here is some more advice for families under lockdown from The Guardian Australia:

1. The expression ‘cabin fever’ originates from

2. Cabin fever is caused by

3. Space madness can be described as

5. So far, there have been no cases of space madness, probably because

6. When dealing with cabin fever one should first

8. Creative projects are important because

9. Jack Stuster says that you should share time with the persons you live with. He says you should

5. ________ with difficult and dangerous situations is an astronaut’s everyday job.

6. NASA has launched several spacecraft; some were autonomous, others were ________.

8. The engineers at NASA are trying to ________ a spaceship capable of taking people to Mars.

GRAMMAR – Adverbs of time and of place

Adverbs of time: soon, daily, still, ago, later, all day

5. I ________ believe that the quarantine was absolutely necessary.

Adverbs of place: upstairs, here, somewhere, indoors, nearby, underneath

1) What have been your best and worst personal experiences during the lockdown? (60-80 words)

2) How is your life and the life of your family different during the lockdown? (60-80 words)

3) Cabin fever is a very popular narrative device. Putting a few antagonistic characters in a confined and isolated place is an excellent setup for creating interesting stories. Find an example in literature, cinema or TV where cabin fever is used. Write a short summary of the story you chose, describing the effects of cabin fever on the protagonists. (60-80 words)

Water on the moon

NASA’s latest discovery might change the future of space exploration: its telescope SOFIA found water on the moon. We look at what this means for the astronauts that will go to the Moon in the near future, and we reflect on what astronomy in general means to humanity. 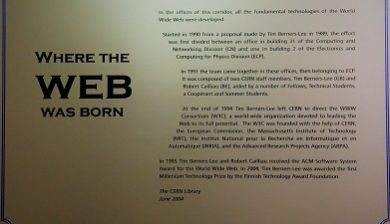