Are we alone in the Universe?

Winston Churchill was an influential politician, but also a prolific writer with an interest in science. A lost and unpublished article by Churchill was recently found in a museum in Missouri. It’s titled “Are We Alone in the Universe?” and the timing of its discovery seemed perfect: astronomers might be on the verge of finally answering that question.
di Redazione
Per la lezione
Scarica il PDF dell'articolo
Scarica le soluzioni
Per scaricare questa risorsa devi accedere a myZanichelli
Winston Churchill was one of the most influential politicians of the 20th century. He was the Prime Minister of Britain during the Second World War, from 1940 to 1945. He became famous for directing the war effort against the Nazis, but also for his powerful, inspiring speeches. These radio broadcasts helped keep up the morale of the British during the war. Churchill was also a prolific writer. He wrote articles, biographies and histories, and he won the Nobel Prize for Literature in 1953 “for his mastery of historical and biographical description as well as for brilliant oratory in defending exalted human values.” Incredibly, one of his articles was discovered a few days ago inside a box in a museum in Missouri. The article, written in 1938 and never published, is not about politics or history, but about science. It is titled “Are We Alone in the Universe?”

War of the Worlds

Churchill was interested in science, and he wrote articles on biology and physics. He was also a fan of science-fiction writer H.G. Wells, author of “The War of the Worlds”, a novel about Martians invading Earth. Shortly before Churchill wrote his article, Wells’ novel was adapted into a radio drama. Some of the listeners thought that the Martians’ invasion was real, and panicked. While many ordinary people believed in Martians, few scientists did. Most claimed that planets were extremely rare in the universe and that, probably, life existed only on Earth. Churchill disagreed. In his article he writes: “I am not sufficiently conceited to think that my sun is the only one with a family of planets.” He also writes that he is not “so immensely impressed by the success […] of our civilization” as to believe that we are alone, or that we represent “the highest type of mental and physical development” of life in the universe. His answer to the title of his article is therefore “no!”

Today we seem to be on the verge of confirming Churchill’s hypothesis. The first step has been to find ‘exoplanets’, planets outside the solar system. The first confirmed exoplanet was found in 1992. Since then, thanks to powerful new telescopes, more than 3000 exoplanets have been discovered. It is too early to say if there is life on any of them. Surely, not all of them can harbour life, or at least life as we know it. As Churchill wrote, quite correctly, life can exist “between a few degrees of frost and the boiling point of water.” Some exoplanets are too hot, while others are too cold. An exoplanet needs to orbit in the so-called ‘Goldilocks zone’, a habitable zone around a star where the conditions are just right for life to exist. Scientists now estimate that our galaxy, the Milky Way, might contain between 11 and 40 billion habitable Earth-sized planets. Quite a change from when they thought planets were extremely rare!

One of the most exciting discoveries was announced on 22nd February. “New record!” tweeted Nasa. “We’ve found 7 Earth-sized planets around a single star outside our solar system; 3 in habitable zone.” The star is called Trappist-1, and it is 39 light-years away. Although only three of its planets are in the Goldilocks zone, all seven could be habitable if they have the right atmospheric conditions. This means that all seven could harbour life. In the coming months, the Trappist-1 star system will be studied in greater detail using space telescopes. These high-tech instruments will study the planets’ atmospheres and find out what chemicals they contain. Astronomer Michael Gillon, the leader of the international team that discovered the seven planets, says that if certain chemicals are found in the right proportions, then it “would tell us that there is life with 99% confidence.” The time for speculations seems to be over. The discovery of life in the universe is probably just around the corner.
Useful links 1) Learn more about Winston Churchill using Wikipedia Simple English... https://simple.wikipedia.org/wiki/Winston_Churchill ...and the Nobel Prize website: https://www.nobelprize.org/nobel_prizes/literature/laureates/1953/churchill-facts.html 2) Read about Churchill’s article “Are We Alone in the Universe?”: https://www.theguardian.com/science/2017/feb/15/winston-churchill-essay-alien-life-discovered-us-college-are-we-alone-in-the-universe 3)  Listen to “The War of the Worlds” radio drama: http://www.mercurytheatre.info/ 4) Read about the 7 Earth-sized planets orbiting Trappist-1 and get a  free poster! https://exoplanets.nasa.gov/news/1419/nasa-telescope-reveals-largest-batch-of-earth-size-habitable-zone-planets-around-single-star/ 5) Explore the exoplanets discovered by Nasa: https://exoplanets.nasa.gov/ 6) You can follow Nasa on social media: https://www.nasa.gov/socialmedia

3) Complete the sentences choosing the correct preposition of time.

1. Winston Churchill was born in/at November. 2. Churchill made many inspiring speeches during/since the war. 3. Churchill was Prime Minister for the second time in/from 1951 to/by 1955. 4. “The War of the Worlds” was published on/in 1897. 5. “The War of the Worlds” radio drama aired in/on Halloween: it aired at/from 8 pm on/in 31st October 1938. 6. The discovery of the 7 planets was made public on/at Wednesday, 22nd February. 7. “We will discover life in the universe by/since the end of the decade,” said the scientist. 8. My friends arrived in/on time. 9. From/Since ancient times, humans have dreamed of reaching the stars. 10. I love watching the sky at/during night at/in summer.

4) How would you answer the question: “are we alone in the universe?” Give reasons for your answer. (60-80 words)

5) What if scientists discover life on another planet? What if they discover another advanced civilization? What do you think the reaction and consequences would be on planet Earth? (60-80 words) 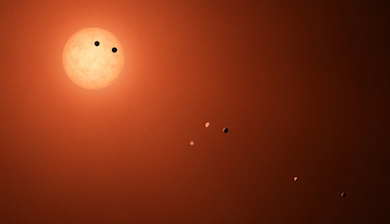 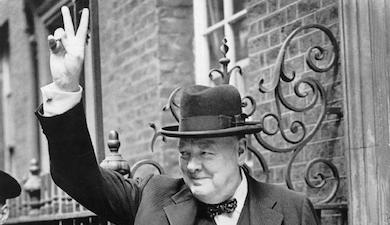