In 1924, on Thanksgiving Day, the department store Macy’s organised a parade along the streets of New York. Its employees marched in colourful costumes, accompanied by bands, balloons floating in the air and animals from the Central Park Zoo. Bringing up the rear of the parade was Santa Claus, who then entered the department store, marking the beginning of the Christmas period. The parade was a success, and it became a New York holiday tradition, held every year on Thanksgiving Day. The Parade is 2.5 miles long, lasts three hours and is televised nationally.

Last year, the Parade was a small, TV-only event due to the Covid pandemic. This year’s Parade in contrast was a return to tradition, although with several precautionary measures added: the participants had to be vaccinated and wear masks, and distancing and face masks were encouraged among the spectators who lined the streets.

As in previous editions, this year’s Parade included marching bands, cheerleaders, clowns, and famous performers. But the parade’s signature attraction is a platoon of gigantic, helium-filled balloons representing pop-culture characters. Some of this year’s balloons included Pikachu, Goku, Snoopy and Baby Yoda.

It was a partial return to normalcy. “After two years, we’re back,” commented American president Joseph Biden. “America is back. There’s nothing we’re unable to overcome.” 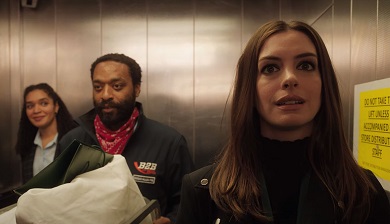