On the 9th of January the new version of Little Women, written and directed by Greta Gerwing, arrives in Italian cinemas.

The film is the eighth film adaptation of Louisa May Alcott‘s novel. Set in New England, it tells the story of the life of the March sisters in the years following the American Civil War. This version focuses mainly on the adult life of the sisters after Meg, Jo and Amy have left the family home.

Among the actors in the cast are Saoirse Ronan in the part of Jo, Emma Watson as Meg, Florence Pugh (Amy) and Eliza Scanlen (Beth).

The film was highly regarded by critics and received two Golden Globe nominations. Time Magazine and the American Film Institute consider it one of the ten best films of 2019. 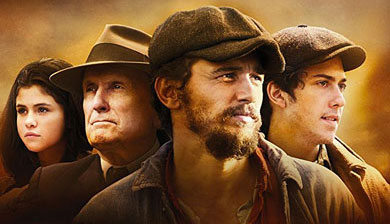