A film dedicated to John Ronald Reuel Tolkien, one of the greatest fantasy writers of the 20th century, is in Italian cinemas from the 12th of September.

The film traces the early years of the life of the British author, born in South Africa in 1882 to English parents. Tolkien spends his childhood in Birmingham with his mother and brother after the death of his father in 1886. The writer inherits a love for fairy tales and ancient legends from his mother, who dies only a few years later. During his youth, he meets Edith Bratt, his future wife. He makes loyal friends at school and spends time in the trenches with them.

Having survived the First World War, Tolkien marries Edith and becomes a professor of Anglo-Saxon philology at the University of Oxford. The film ends with the image of the writer composing The Hobbit. 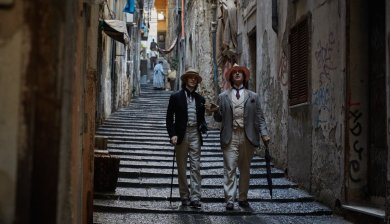