The patron saint of England, Saint George, is liturgically celebrated on the 23rd of April.

The festival held every year in his honour will take place this year on the 20th of April at Trafalgar Square, London.

Saint George is famous for being the Christian martyr who defeated the dragon, so much so that in art history he is almost always depicted in the act of killing the scaled monster with a sword. According to tradition, Saint George succeeded in overpowering the dragon by invoking divine help and holding a cross in his hand. This is why the flag of England depicts a red cross on a white background, known famously as the Saint George’s Cross.

The celebrations in honour of the patron saint are deeply felt in England. In fact, besides the ritual liturgical celebrations, the festivities also include a series of events such as live music, food stands and street theatre performances. 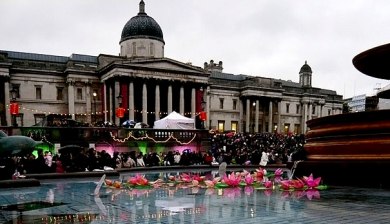