On the 26th of December – St. Stephen’s Day – parts of Ireland celebrate Wren Day. The tradition consists in hunting a wren. According to Celtic myth, this little bird symbolizes the old year and is killed by a robin, representative of the new one.

Originally, groups of boys hunted a real bird tied to the top of a pole or holly bush that had been decorated with ribbons and coloured paper. A fake wren is used today.

On the morning of St. Stephen’s day, the boys organize a parade where they take the little bird from house to house while singing a song.

The Wrenboys paint their faces with burnt cork and wear straw masks and old clothes. They collect money during the parade, which is then donated to schools or local charities. 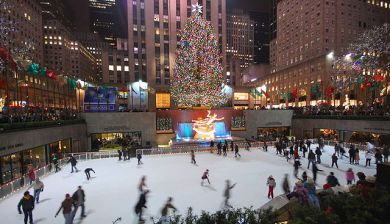