The Ig Nobel Prize, a spoof on the name of the more famous Nobel, is given annually to scientists and researchers who investigate the most unusual issues in various fields. It’s both a light-hearted and a serious prize, as it aims to reward research that “first makes people laugh and then makes them think.”

Why does cereal get soggy? Why do shower curtains billow inwards when you take a shower? Does toast fall more often on its buttered side? How come woodpeckers don’t get headaches? Are black holes like Hell? How do reindeer react when they see humans disguised as polar bears? The scientists and researchers who tried to answer these bizarre questions are some of the winners of the Ig Nobel Prize. Everybody is familiar with the Nobel Prize, given to the persons who have made valuable contributions in fields such as science and literature. The lesser-known Ig Nobel Prize, instead, is given to people who investigate the most unusual or trivial issues in various disciplines. This year’s Prizes were awarded on September 9. The ceremony itself is a playful event. For example, it is tradition for the audience to throw paper planes on the stage where a ‘Keeper of the Broom’ is tasked with sweeping them off.

This year, Susanne Schötz won the Biology Prize for her study on various types of cat–human communication such as purring, meowing, hissing and growling. The Peace Prize went to Ethan Beseris, Steven Naleway, and David Carrier, for testing the hypothesis that humans evolved beards to protect themselves from punches to the face. Another group of scientists won the Chemistry Prize for analysing the bacteria in chewing gums stuck on pavements. The Physics prize went to five scientists who studied why pedestrians do not constantly collide with other pedestrians. Do the Ig Nobels simply reward research that is silly or, even, ‘ignoble’ (as the name of the Prize suggests)? Some are truly silly, like the Literature prize once given to the British Standards Institution for a six-page document on the proper way to make a cup of tea. Some indeed are ignoble: the Peace Prize is often given to governments who promote the testing of atomic weapons. In general, the Ig Nobel Prize rewards research that “first makes people laugh and then makes them think.”

Most Ig Nobel Prizes are given to real scientists from distinguished institutions and universities. Andre Geim, for example, won an Ig Nobel Prize in Physics in 2000 for levitating a frog using magnets, and ten years later he won the (real) Nobel Prize in Physics. Another (real) Nobel laureate, Roy J. Gluber, was for many years the official ‘Keeper of the Broom’ at the Ig Nobel Prize ceremony. These scientists have a sense of humour, but they also know that trivial questions can lead to great breakthroughs. The history of science is proof of this. In the 17th century, Isaac Newton saw an apple fall from a tree and wondered: “why do apples always fall perpendicularly to the ground?” Answering this simple question led to the discovery of the laws of gravity. Also in the 17th century, mathematician Blaise Pascal investigated how best to win at a game of dice; his studies led to the foundation of one of the most important branches of mathematics: probability theory.

The Ig Nobel winners are therefore in good company, and some of their discoveries are proving to be relevant beyond the ridiculous subjects of their research. The 2006 Biology Prize, for example, was won by a team of scientists who proved that the female malaria mosquito is equally attracted to the smells of limburger cheese and human feet. Thanks to this discovery, special mosquito baits with limburger cheese are now used in certain parts of Africa to fight malaria. Dorian Raymer and Douglas Smith won the 2008 Physics Prize for their discovery that hair and strings tend to become tangled. Their study might prove helpful in understanding why string-like molecules such as DNA also tend to get tangled up. What the Ig Nobel Prizes ultimately show us is that it’s a good thing to be playfully curious about the world and to think outside the box. Even stupid questions might have incredibly interesting answers.

USEFUL LINKS a) Here is a complete list of all the winners of the Ig Nobel Prizes: https://en.wikipedia.org/wiki/List_of_Ig_Nobel_Prize_winners b) What is the ‘noble side’ of the Ig Nobels? Read this article: https://www.thenationalnews.com/uae/science/a-noble-side-to-ig-nobels-1.532698 c) Here is a link to the 2021 Ig Nobel Prize ceremony: https://www.improbable.com/2021-ceremony/ d) Watch the informal lecture on the 2021 Peace Prize Winner “Beards and Face Punching”: https://www.youtube.com/watch?v=TDI1batiNx8 e) Check out this video on the 2017 Ig Nobel Prize ceremony that also features the Physics winner who researched the question: “Can a Cat Be Both a Solid and a Liquid?”: https://www.youtube.com/watch?v=CiA5lj5BLPY
COMPREHENSION 1
1) Read the article and cross out the WRONG alternative (two answers are correct and one is incorrect).

1. Rhinos are moved by helicopters 2. Rhinos are hunted 3. The study shows that the best way to carry a rhino is: 4. The video says that 5. Another Ig Nobel prize went to a study on how to control VOCABULARY
3) Complete the sentences with the following words. Put the verbs and nouns in the right form, if necessary. soggy  *  to billow  *  to purr  *  pavement  *  distinguished  *  breakthrough  *  branch  *  bait  *  tangled  *  thinking outside the box

Turn these active forms into passive.

SHORT ESSAY
5) Pick a winner of a Ig Nobel Prize that you believe “makes people laugh and then makes them think.” Explain why it is funny and what serious considerations it raises. (60-80 words) You can choose a winner from this list: https://en.wikipedia.org/wiki/List_of_Ig_Nobel_Prize_winners

6) Think of a funny, ridiculous topic to investigate. Formulate a question and explain why you think it’s important to answer it. (60-80 words)   DEBATE 7) Pair up with one of your classmates and look at the proposition below; one of you will argue in favour of it and one of you against it. Proposition: Should scientists only conduct ‘important’ research? 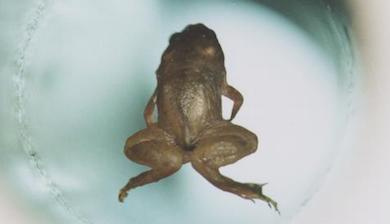 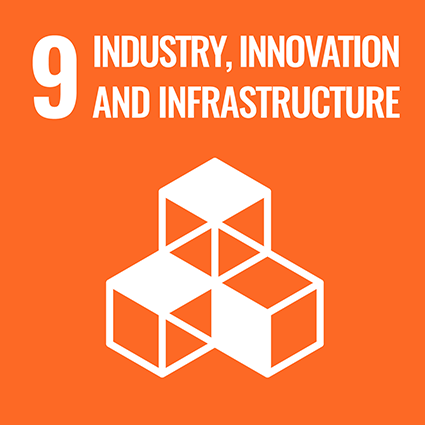