Social distancing and the handshake

We live in a time when we have to limit our social interactions. Among other things, we are advised to avoid a very common and very ancient gesture: the handshake. What is the story and meaning of the handshake and can we find a valid alternative?

Just like us, billions of people around the world are changing their habitual behaviours because of the coronavirus pandemic. In order to reduce the transmission of the disease, many countries are enacting restrictive social distancing measures. These are steps taken in order to minimise social interaction. Among other things, people are advised to work from home whenever possible and to avoid gatherings with friends and family. In the case that we do meet other people we are told to avoid a very common gesture: the handshake. The reason is that our hands are always touching things, and, inevitably, they pick up many bacteria from the environment. According to one study, on a human hand there are approximately 3.200 bacteria from 150 different species. These germs can hop from one hand to another when we shake hands. This is why it’s always a good idea to wash our hands regularly, whether we shake hands or not.

The history of the handshake

Historians tell us that the handshake is at least 3.000 years old. Some believe that it was born as a gesture of peace, a way of showing that one’s hand held no weapons. Most likely, in ancient times it was more solemn than it is today. It was probably used during ceremonies or special occasions to express a strong bond between two people. It could seal an alliance between politicians, friends or spouses. Over the centuries different kinds of handshakes developed. Some secret societies had their own special handshake, which allowed their members to identify each other. The same goes for some college fraternities. In the late twentieth century, African American communities invented the dap greeting which can involve a handshake, palm slapping and bumping knuckles together. All kinds of handshakes are true to their ancient origin: they are a friendly gesture between people. Conversely, refusing to shake hands is considered a hostile act.

In our current social distancing period, how can we greet each other in a friendly way without shaking hands? Some suggest using the ‘elbow bump’, but this forces people to come even closer to each other than when they shake hands. The head of the World Health Organization, Dr. Tedros Adhanom Ghebreyesus, suggested using the Namaste greeting (‘Namaste’ means ‘I bow to the divine in you’) used in India and South East Asia. This is done by placing the palms together with the fingers pointed upwards in front of one’s chest. There’s also a similar traditional Chinese greeting that requires cupping the right fist in the palm of the left hand. Some people are unsure about these alternatives; they think it’s wrong to use gestures that belong to someone else’s culture. Others have suggested more recent – and unusual – alternatives, from the shaka sign of surfers to the Vulcan salute from Star Trek. And what about just waving one’s hand? Dr. Tedros spoke of his own personal preference: “I like to put my hand on my heart when I greet people these days.”

These alternatives share the essence of the handshake: they are  respectful and friendly gestures that bring us closer together. They all satisfy our need to be connected. Some common greetings are even more openly intimate. For example, many people like to greet each other with a hug or a kiss. The Maori of New Zealand instead practice the hongi, where two people press together their noses and sometimes their foreheads, exchanging – it is said – the breath of life in a symbolic show of unity. Scientists proved that friendly physical contact is a way to produce positive chemicals in the body. Hugs, for example, increase the levels of oxytocin, the so called ‘bonding-hormone’, and reduces blood pressure. Our current need for social distancing is absolutely necessary, but it goes against our nature because we are social animals. Hopefully, with the return to normality, we will all find a greater appreciation for the small gestures that we took for granted, such as handshakes, and, as a consequence, respect each other more.

USEFUL LINKS 1) Check out the content of the Canadian national public broadcaster CBS ‘Coronavirus’ section, like this video on ‘social distancing’: https://www.cbc.ca/kidsnews/ and this one on ‘physical distancing’: https://www.cbc.ca/kidsnews/post/what-is-physical-distancing 2) Here are the social distancing measures taken by the UK government: https://www.gov.uk/government/publications/coronavirus-outbreak-faqs-what-you-can-and-cant-do/coronavirus-outbreak-faqs-what-you-can-and-cant-do 3) How are germs transmitted? Check out these interesting experiments: https://www.youtube.com/watch?v=I5-dI74zxPg 4) Learn more about the history of the handshake: https://www.history.com/news/what-is-the-origin-of-the-handshake 5) Check out these famous historical handshakes: https://www.history.com/news/8-historic-handshakes 6) Watch these videos on alternative ways to greet each other: https://www.youtube.com/watch?v=suGWClD5zmA

COMPREHENSION
1) Read the article and complete the sentences with the right alternative.

1. Social distancing measures tell us that 2. Originally, shaking hands was a way to show that 3. Probably in ancient times the handshake was 4. Many college fraternities invented their own 5. The dap greeting is 6. Examples of greeting gestures that avoid physical contact between people are 7. These days the head of the World Health Organization does not use 8. Currently, the hongi is not a good alternative to the handshake because 9. The handshake and similar forms of greetings are 10. Friendly physical contact VOCABULARY
2) Complete the following sentences choosing the right alternative.
1. A short jump is called a hop / cup.
2. The spouse / head of an organization is its president or leader.
3. When people get together we can say that they form a fraternity / gathering.
4. We are true to / We take for granted what we value too lightly.
5. One word that can describe both a husband and a wife is spouse / head.
6. The joint between the upper and lower parts of the arm is called elbow / knuckle.
7. To bond / To seal an agreement means making it permanent.
8. You hop / cup your hand when you curve it in a rounded manner.
10. A social group for male college students is called a fraternity / gathering.
11. To bond / To seal means to form a close personal relationship.
12. If you are true to / take for granted somebody then you are loyal and faithful to that person.
13. Each hand has many elbows / knuckles.

SHORT ESSAY
4) Investigate a greeting gesture. You can pick one of these alternatives (or find another one): the dap greeting, the knuckle bump, the secret handshake, the Namaste greeting, the traditional Chinese greeting, the shaka sign, the Vulcan salute, the hongi, the elbow bump, the hug, the kiss. How is it performed and when? Does it have a symbolic or special meaning? When was it invented? Who uses it? (60-80 words) 5) What social interaction do you miss most during this period of social distancing? Explain why you miss it and why it is important for you. (60-80 words) 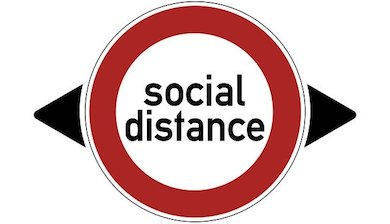