Black History Month, celebrated in February, promotes African-American heritage and history. Established more than 90 years ago, it has played an important role in the Civil Rights of the 1950s and ‘60s. Today its message is echoed in the Black Lives Matter movement, and this year in a Hollywood film: the superhero blockbuster Black Panther.
di Redazione
Per la lezione
Scarica il PDF dell'articolo
Scarica le soluzioni
Per scaricare questa risorsa devi accedere a myZanichelli
Last February was Black History Month, or African-American History Month in the US. This observance was established in 1926 by African-American historian Carter G. Woodson. Back then it lasted only seven days and it was called Negro History Week. Woodson’s intention was to teach and celebrate the history of African-Americans. He felt that their contribution to civilization and to American history was ignored by historians and this, he claimed, led to prejudice and racism against blacks. Woodson believed that it was of paramount importance for African-Americans to know their history and traditions, and for these to be shared with all Americans. Woodson’s observance became Black History Month in 1976, and it later spread to other countries, like the UK and Canada.

Already in the 1920s, Woodson’s celebration became popular and raised awareness in the African-American community. This awareness became a force behind the Civil Rights movement of the 1950s and ‘60s, when leaders like Martin Luther King and Malcom X fought hard against racism and segregation. Although Black History Month is still very popular today, it has also been criticized, often by some African-Americans themselves. The actor Morgan Freedman, for example, said: “You're going to relegate my history to a month? I don't want a Black History Month. Black history is American history.” Curiously, Woodson himself hoped that one day the celebration he founded could become superfluous and, eventually, could be eliminated. He hoped this would happen when African-American history would be rightfully integrated into US history.

The question is: has this already happened? Many believe that the struggle against racism and prejudice is not yet over. Since 2013 a new movement called Black Lives Matter (BLM) has emerged from the African-American community. Its members claim that African-Americans are still the victims of racism and unfair treatment. Their aim is very similar to Woodson’s: “[Black Lives Matter] is an affirmation of Black folks’ contributions to this society, our humanity, and our resilience in the face of deadly oppression.” The activists of BLM promote their ideas using social media, hashtag activism and more traditional direct action, such as protests and demonstrations. Their work has been effective and praised. For example, BLM activists finished fourth in Time Magazine’s 2015 Person of the Year list. Commenting positively on BLM, Time stated that “a new civil rights movement is turning a protest cry into a political force.”

This year several official events celebrated Black History Month, but there was also a very popular ‘unofficial’ one: the premiere of the blockbuster Black Panther. This film tells the story of an African superhero, the heir to the throne of the fictional country of Wakanda. The screenwriters, the director and the majority of the cast of Black Panther are African-American, and this is an absolute first for a mega-budget movie. The director Ryan Coogler’s first film was about racial discrimination, and Black Panther touches upon similar issues in a different way. It goes beyond Western stereotypes of Africa and Africans and offers a complex and positive portrayal of black people. A New York philanthropist, Frederick Joseph, felt that the role models offered by the film were so important that he set up a GoFundMe campaign to raise money to help poor, black Harlem children see the film. More than 200 similar campaigns expanded the project to dozens of other US cities. As Joseph stated: “All children deserve to believe they can save the world, go on exciting adventures, or accomplish the impossible.”
USEFUL WEBSITES 1) Learn more about African-American History Month: http://www.africanamericanhistorymonth.gov/ http://www.history.com/topics/black-history/black-history-month 2) Who was Carter G. Woodson? Read about this important historian here: https://www.biography.com/people/carter-g-woodson-9536515 3) Here you can read about the Civil Rights movement: https://www.britannica.com/event/American-civil-rights-movement 4) Would you like to know more about Black Lives Matter? Here is their official website: https://blacklivesmatter.com/ 5) Check out the Black Panther GoFundMe webpage and look at the video on Frederick Joseph: https://www.gofundme.com/cause/black-panther-challenge

COMPREHENSION 1) Read the article and complete the sentences with the right alternative. 1. Carter G. Woodson believed that African-Americans 2. Black History Month is celebrated 3. Woodson’s Negro History Week 4. Martin Luther King and Malcom X were leaders of 5. African-American actor Morgan Freedman 6. Black Lives Matter is 7. Black Lives Matter activists believe that 8. The film Black Panther 9. Black Panther has been praised because 10. Fredrick Joseph believes that black children   VOCABULARY 2) Complete the sentences with the following words. to accomplish * observance  *  portrayal  *  awareness  *  to relegate  *  segregation  *  heir  *  paramount  *  resilience  *  screenwriter 1. A ______ is a person who writes the script of a film. 2. The act of celebrating a special occasion is called an ______. 3. Her lecture gave a very good ______ of recent American history. 4. Public ______ on this topic is very limited: people know little about it. 5. In the past, women were wrongfully ______ to the role of second-class citizens. 6. ______ is the forced separation of a group of people from the rest of society. 7. He is the ______: he will become king when his father, the current king, dies. 8. I feel that social justice is ______. Nothing is more important. 9. The Civil Rights Movement ______ many of its objectives. 10. She recovered quickly from a tough situation. She has great ______.   GRAMMAR – Demonstratives 3) Complete the following sentences with demonstratives (this, that, these, those). Then indicate whether they are demonstrative pronouns (DP) or demonstrative adjectives (DA). 1. At the beginning of the 20th century, segregation was a brutal reality. ______ were hard times for African-Americans. (DP/DA) 2. Martin Luther King won the Nobel Peace Prize. ______ was an important event in the history of Civil Rights. (DP/DA) 3. Martin Luther King and Malcom X were assassinated. ______ events mark a dark chapter in American history. (DP/DA) 4. Look here. ______ are pictures of Civil Rights demonstrations. (DP/DA) 5. ______ poster over there lists the celebrations of this year’s Black History Month. (DP/DA) 6. Come here and meet ______ activists. (DP/DA) 7. ______ GoFundMe campaigns raised a lot of money. (DP/DA) 8. You are putting words in my mouth. ______ is not what I said! (DP/DA) 9. ______ is the director of Black Panther. (DP/DA) 10. ______ film is great. I’m really enjoying it! (DP/DA)   SHORT ESSAY 4) Carter G. Woodson believed that teaching African-American contributions to American history was an antidote to prejudice and racism. Reflect and explain why you think he believed this. (60-80 words) 5) Novels, films and other works of art can change our understanding of the world around us. Write about a work of art that changed your view on something important. (60-80 words)
— (Carlo Dellonte) (Image credits: Wikipedia and Wikipedia) 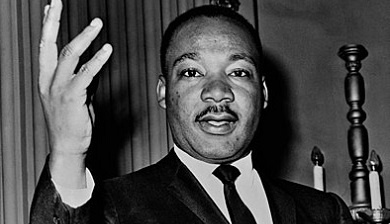 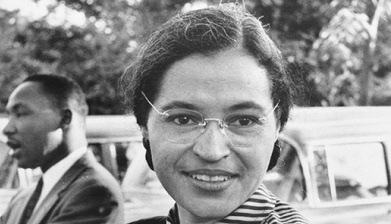