COP 21 – Trying to save planet Earth

Droughts, tornadoes, floods, melting polar ice caps – climate change is causing disasters around the world. The representatives of almost 200 nations met in Paris to find a solution to this dramatic problem. What did they decide and what can you do to help save the environment?

Look around you: how much of what you see is the product of humans? You might see streets, buildings, factories, farms and crop fields where there once flourished natural environments. According to many studies, humans have transformed 50% of the Earth's land surface! We have caused the extinction of many species and ruined many habitats. When we burn fossil fuels, such as coal, oil and gas, we produce dangerous greenhouse gases (for example CO2) that cause the Earth's temperature to rise. This planetary "fever" or "global warming" is causing disasters such as droughts, tornadoes, floods and the melting of the polar ice caps. Most scientists say the situation is critical. Even Pope Francis wrote an encyclical (a special papal letter) called Laudato Sí – On Care For Our Common Home urging action against climate change. But what are the governments of the world doing about it?

From 30 November to 12 December 2015 the 2015 United Nations Climate Change Conference, or COP 21, was held in Paris, France. Political leaders from around the world met to talk about global warming and its disastrous consequences. The debate was intense. There were deep divisions and contrasting ideas. At the end, the participating 195 nations reached a compromise: the Paris Agreement. This document calls for the reduction of human-produced greenhouse gases. The president of the Conference said the Agreement was a “historic turning point” in the fight against global warming. But not everybody agreed with him...

Thousands of people demonstrated around the world calling the Agreement "weak". They pointed out that parts of the Agreement are “promises” and not commitments. Some important issues were left out, such as livestock agriculture that, according to the UN itself, produces more greenhouse gases than all cars, trains, planes and boats combined! Also, the Agreement is not yet law for its member states. Each state has to approve it first – probably some never will. But even if all goes well, many scientists say that the Agreement is not enough to contain global warming.

What can you do?

Do we really have to wait for governments to solve this problem? The answer is no. Many environmental associations are already fighting climate change. There are businessmen investing in new, green technologies for a cleaner future. There are millions of ecologically conscious people, adults and children, doing their part. That´s because we all have an "environmental footprint" (meaning an impact on the environment) and we can all do something to reduce it by acting, for example, on how we eat, live, travel. A "climatarian" diet consumes foods that have a low impact on the environment. An energy-efficient home saves on heating and electricity using good insulation, LED lights and maybe solar panels. Walking and biking are ecological alternatives to taking the car. And if you feel that you want to do more, when you're older, you can choose a "green career", a job that helps solve climate change problems. So, what are you doing to help save the planet?

To know about COP 21 check out its official website:

To know more about climate change and get some good advice check out this video:

Do you want to calculate your ‘environmental footprint’? Try WWF’s easy quiz:

2. Many scientists are afraid that the future will be warmer/more warm than the present.

3. One of the main problems of the Earth's/Earths climate is global warming.

6. There are many greenhouse gases, such as/like CO2.

8. The outcome of/for COP 21 was the Paris Agreement.

10. It's time to take/taking action to solve global warming.

4) Everybody can do something to help fight global warming. Are you already helping? How? What else could you do to save the planet? (60-80 words) 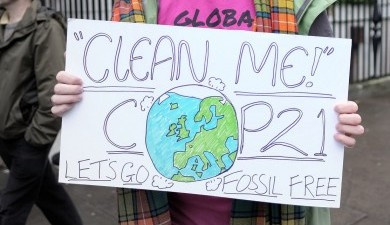 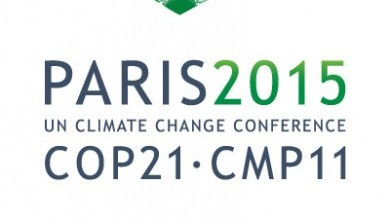 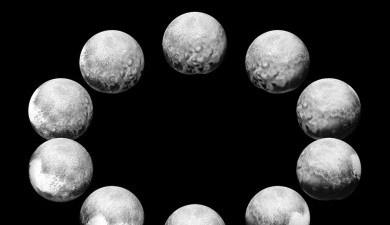