Why does the Queen have two birthdays?

Elizabeth II, Queen of the United Kingdom, celebrated her birthday on April 21. She will celebrate it again on June 11. Strange but true: the Queen has two birthdays – her real one, in April, and an official one, in June. For centuries English kings and queens have had this privilege. Their excuse? British weather. It all began in 1748 with King George II. His birthday was in November, not a good month for outdoor parties. So George decided to celebrate his birthday in late spring, combining his celebration with a military parade known as Trooping the Colour. Having a double royal birthday became a tradition. This June 11 will be quite special: the Queen will celebrate her 90th birthday, while her husband, Prince Philip, will turn 95 the day before.

At 90 and 95, the British royal couple has broken quite a few records. Last year Elizabeth II became the UK’s longest-reigning monarch, beating the record held by her great-great-grandmother, Queen Victoria. Elizabeth has been Queen for more than 64 years now. This also makes her the world’s longest-reigning female monarch – no other queen has reigned longer than she has. (She still has a long way to go to beat the male record: king Sobhuza II of Swaziland reigned for an incredible 84 years and 254 days!) Elizabeth II holds another record: the longest royal marriage in history. She has been married for 68 years. Obviously, she shares this record with her husband, Prince Philip, and the Prince holds another record of his own: he is the oldest-ever male member of the British royal family.

A busy and beloved Queen

During her record reign, the Queen has kept very busy. She is always meeting people, attending ceremonies, receptions, audiences, etc. Last year, she had 306 engagements in the UK and 35 abroad. That’s almost one a day. Over the years she has attended something like 25,000 events of all kinds! She has awarded more than 400,000 honours and has held more than 100 state banquets. She is the patron of more than 600 organizations and charities. Apparently, she once said: “I have to be seen to be believed,” and, indeed, she has shown herself quite a lot! Her work ethic, dedication and continuous public presence have made her very popular. For her official birthday on June 11, 10,000 guests have been invited to a giant street party and picnic in front of Buckingham Palace. And big screens will be placed in other parts of London to broadcast the event. That’s one incredible birthday party!

Criticism and the future of British Monarchy

Not everybody, though, wants to celebrate. Many do not like the Queen, or more generally, royalty. A hundred years ago, the English writer H. G. Wells said: “the time has come to rid ourselves of the ancient trappings of throne and sceptre.” Back then, there were 22 monarchies in Europe – now there are only 12. Today we are used to electing our leaders, but nobody ever elected their king or queen. Why should they live in castles and have lots of privileges (like the Queen having two birthdays)? Daniel Radcliffe, the actor who played Harry Potter, considers the royals a “symbol of class division.” The influential English singer and songwriter Morrisey (who released with The Smiths an album called ‘The Queen is Dead’) said: “the full meaning of the Monarchy is, like the Queen herself, a complete mystery to most people.” Yet, whether they understand it or not, the British Monarchy is not going away anytime soon. According to recent surveys, between 70 and 80% of Britons want the monarchy to continue. So, come June 11, for the second time this year, most Britons will wish Happy 90th Birthday to Queen Elizabeth II.

- Do you want to know more about the Queen? Read this: http://royalcentral.co.uk/uk/thequeen/her-majesty-at-90-a-look-back-at-her-remarkable-life-59389

- What powers does the Queen have? Here’s the answer: http://royalcentral.co.uk/blogs/insight/what-are-the-queens-powers-22069

- Read about Trooping the Colour and check out the cool time-lapse video: http://www.trooping-the-colour.co.uk/

- Here’s what the Queen’s guests will eat at her incredible birthday street party: http://www.telegraph.co.uk/news/uknews/queen-elizabeth-II/12200138/Whats-inside-Marks-and-Spencer-Patrons-Lunch-hamper-for-Queens-90th-birthday-street-party.html

-  The Queen’s birthday can even change pub opening times! Check out this: http://www.telegraph.co.uk/news/2016/03/23/pubs-to-stay-open-late-so-drinkers-can-toast-to-the-queen/

- Here’s a very unusual ‘Happy Birthday’ to the Queen from the UK’s republicans: https://republic.org.uk/stopthereign

-  Here is some more interesting criticism. Check out the “Monarchy Myth Buster”: https://republic.org.uk/what-we-want/monarchy-myth-buster

1. The Queen has two birthdays because 2. Trooping the Colour is 3. Prince Philip’s birthday is very close to 4. Queen Elizabeth II has reigned for more years than 5. Prince Philip holds 6. The Queen 7. The Queen’s official birthday party will be 8. Writer H.G. Wells was 9. Today in Europe there are 10. The British monarchy is

2) Complete the sentences with the following words. Use the plural for nouns and conjugate the verbs if necessary.

4) Imagine you are a monarchist, somebody who supports and believes in monarchy. Explain why you think a monarchy is better than a republic. (60-80 words)

5) Now imagine you are a republican, somebody who supports and believes that all people in power should be elected. Explain why you think a republic is better than a monarchy. (60-80 words) 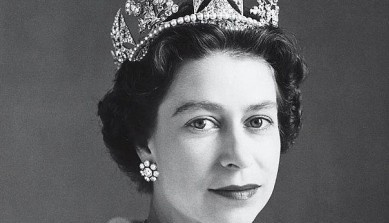