History books tell us that the Roman Londinium was a provincial town at the very edge of the known world, very different from the international London of today. A recent archaeological find disagrees, promising to rewrite history, not just of London, but of the whole ancient world.
di Redazione
Per la lezione
Scarica il PDF dell'articolo
Scarica le soluzioni
Per scaricare questa risorsa devi accedere a myZanichelli

London is a city of great diversity: more than one third of its inhabitants are foreign-born. It is the city with the second largest immigrant population in the world, after New York. All kinds of ethnicities and nationalities live in London, speaking more than 300 different languages. It was a diverse city already in the 19th century, when trade and wealth attracted many foreigners. For example, Chinese employees of the East India Company, a company that traded with Asia, settled in the neighbourhood of Limehouse. By the beginning of the 20th century, London was the largest city in the world, full of people from around the globe. But how diverse was the very first London, the Londinium that the Romans founded almost 2000 years ago? A recent archaeological find seems to suggest that it was somewhat similar to the London of today.

In the October issue of the Journal of Archaeological Science, British researchers published a study regarding 22 skeletons from a small Roman cemetery found in South London. Using cutting edge techniques, the scientists could make an educated guess about the origin of the skeletons. What they found was, according to them, “absolutely phenomenal.” Four people were ethnically African and two were Asian, most likely Chinese. This was the very first time people of Chinese origin were identified in Roman Britain. Londinium was an important centre of the Roman province of Britannia with a population of approximately 60,000, but it was still a provincial city on the very edge of the known world, far from the hub of the Empire. So what were Chinese people doing in London?

Beyond the Silk Road

At the time, the Roman Empire and the Chinese Han Empire were two huge civilizations at the opposite ends of the Eurasian continent. They were so distant that they knew little about each other besides rumours and legends. There was trade, though, between them. A thin, 8,000 kilometre route connected the Mediterranean to China: the so-called Silk Road. Along this route travelled the goods of Rome and China: Roman glassware reached Chinese homes and Chinese silks reached Roman markets. These goods were not transported by the Romans and the Chinese, but by the many traders who bought and sold them along the Silk Road. At least this is what our current historical knowledge tells us. The finds of the Chinese skeletons in London might change all this. If two Chinese had wondered so far from the Silk Road to distant Britannia, the relations between the two ancient empires might have been much deeper than previously thought.

A mystery in Londinium

Maybe the Chinese people in London were merchants. Maybe they were ambassadors or the descendants of Chinese travellers. Maybe they were not free men: sadly, slaves were also traded along the Silk Road. What’s certain is that the finds in London have raised a mystery. More data will be needed to solve it. The skeletons analysed were few, and the method used to determine their origin is not infallible. What is absolutely certain is that the ‘Chinese skeletons’ were from people not born in Britain. Their Chinese origin, however, must be confirmed by further testing. What these skeletons (as well as the four African ones) prove, though, is that there was great diversity in the Roman Empire, even in the far away province of Britannia. This reinforces other previous archaeological finds that showed that ancient Londinium is not so different from modern London: it was an important trading centre as well as a multicultural city.

Read more about the “absolutely phenomenal” discovery of the Chinese skeletons in London: http://www.history.com/news/possible-chinese-skeletons-could-rewrite-roman-history

Listen to this brief audio. One of the researchers who studied the Chinese skeletons talks about them on BBC radio: http://www.bbc.com/news/science-environment-37452287

Watch this video about the ethnic diversity of Roman Londinium: http://www.bbc.com/news/science-environment-34809804

1. The city with the largest immigrant population in the world is 2. London was founded by ‘foreigners’: 3. Londinium was 4. British researchers made an “absolutely phenomenal” discovery: 5. The Silk Road was 6. From what we know, the Romans and the Chinese 7. The Roman Londinium 8. The Romans loved 9. The study on the ‘Chinese skeletons’ proves that 10. The study on the ‘Chinese skeletons’

4) Research the history of your city. Who founded it? Who were the first settlers? Compare it to the way it is today. (60-80 words)

5) Which is the most incredible archaeological find you can think of? Explain why you think it’s so interesting. (60-80 words)

6) Imagine that archaeologists make an unexpected, incredible discovery. Think of something really revolutionary. (Roman ruins in America? A UFO inside the Great Pyramid?) Write a report of the discovery, and explain how it will rewrite history. (60-80 words) 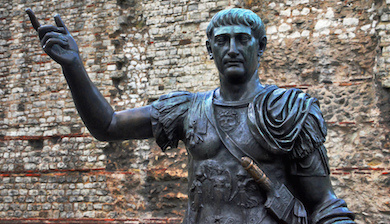