Historic changes to the dollar bills

The US dollar bills will soon undergo an important restyling, the outcome of a long and heated national debate. Read how a 9-year-old girl, a Broadway musical and the women’s movement helped shape the history of the world’s most famous currency.
di Redazione
Per la lezione
Scarica il PDF dell'articolo
Scarica le soluzioni
Per scaricare questa risorsa devi accedere a myZanichelli

No currency symbol is more famous than that of the dollar ($), and no banknotes are more iconic than the green dollar bills. There are seven denominations of dollar bills ($1, $2, $5, $10, $20, $50 and $100), and each has, on its front, the portrait of an important American. The seven lucky ones include five US presidents and two Founding Fathers, the people who helped found the United States of America. They are all men, though, and somebody thought this was not right. In 2014 Sofia, a 9-year-old girl from Massachusetts, wrote a letter to President Obama saying that women too deserved to be on the front of a dollar bill. Obama answered that this was ‘a pretty good idea.’ To make space for a woman, a president or a Founding Father had to go.

Jack Lew, Secretary of the Department of the Treasury (which prints US dollars), suggested removing Founding Father Alexander Hamilton (1755-1804) from the $10 bill. Lots of people protested. Among them was Lin-Manuel Miranda, the author of the incredibly successful Broadway musical Hamilton. Hamilton, which premiered in 2015, tells the story of the Founding Father in a very original way, using hip-hop music and a multi-cultural cast. Lew went to see the musical and loved it. He later met with Miranda who asked him to ‘save’ Hamilton. Like so many Americans, Hamilton was a poor immigrant. With courage and determination he fought for American independence. He lived an adventurous life and was killed in a pistol duel. Most importantly, he helped create the Department of the Treasury and was its first Secretary. If it wasn’t for Hamilton, there probably would be no such thing as the dollar! He had to stay!

Lew reconsidered. He suggested keeping Hamilton on the front of the $10 bill and putting images of the women’s movement on the back. Again lots of people protested, especially women. They claimed that what matters is who’s on the front of dollar bills, not on the back! It seemed impossible to find a solution that made everybody happy. Yet a popular movement called Women on 20 had a suggestion: an American woman could go on the front of the $20 bill, replacing the controversial president Andrew Jackson (1767-1845). Jackson was a slave owner who opposed the abolitionist movement that wanted to end slavery. He also forced native Americans to leave their lands so he could give it to white settlers. This relocation, later called the ‘Trail of Tears’, caused the deaths of thousands of native Americans. Jackson had to go!

On April 20, 2016, Lew declared his final decision. Hamilton is safe: he will remain on the front of the $10 bill. The back of the same bill will show leaders of the movement to give women the right to vote. Finally, a woman will replace Andrew Jackson on the front of the $20 bill. The woman chosen will not only be the first woman to appear on the front of a dollar bill, but she will also be the first African American person to do so. Her name is Harriet Tubman (1822-1913). She was born a slave, but escaped to freedom. She helped many other slaves escape, and she became a leading abolitionist. During the American Civil War she worked as a nurse and even as a spy! After the war she fought for the rights of women to vote.

Everybody praised Lew’s choices. Not everybody was happy with his schedule, though. The new bills will be released no sooner than 2020!

1) Here are some interesting facts about money:

2) And here is a video on how money is made:

3) Learn more about US dollars:

5) Do you want to know more about the musical Hamilton? Check out these videos:

1. The dollar symbol ($) is 2. All persons featured on American dollars are 3. Jack Lew 4. Hamilton, like so many Americans, 5. Women on 20 want 6. The Broadway musical Hamilton 7. Andrew Jackson was 8. The victims of the ‘Trail of Tears’ were 9. Harriet Tubman 10. Lew finally decided to make changes

4) Imagine that you have to design a new currency. Which important people (dead or alive) would you feature on your bills? Explain why you think they deserve this honour. (60-80 words) 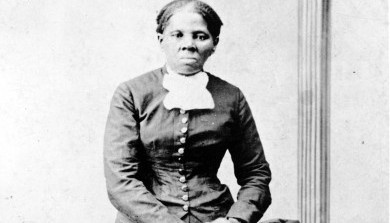