Columbus Day, the American national holiday that celebrates Christopher Columbus, is becoming increasingly controversial. Over the past few months, statues of Columbus have been vandalised across the United States, and many American cities have stopped celebrating the Genoese explorer. These events are part of a larger story that deals with history, culture, racism and changing values.
di Redazione
Per la lezione
Scarica il PDF dell'articolo
Scarica le soluzioni
Per scaricare questa risorsa devi accedere a myZanichelli
This year’s Columbus Day, on October 9, will be the most controversial ever. Many Americans believe that this national holiday, dedicated to Christopher Columbus (1451-1506) and his arrival in the Americas, should not be celebrated. Some have expressed even stronger opinions: over the past couple of months, statues of Columbus have been vandalised across the United States. Often the vandals splashed the statues with red, blood-like paint, and sprayed anti-racism slogans such as ‘hate will not be tolerated’ on the statues’ pedestals. To understand this recent wave of attacks, one must look at another historical figure: Robert E. Lee (1807-1870).

The events of Charlottesville

Lee was a general during the American Civil War. He fought for the Confederacy, which wanted to maintain slavery, against the Union, which wanted to abolish it. There are many statues of Robert E. Lee in the United States. One was in Charlottesville, Virginia. A local 16-year-old high school student, Zyahna Bryant, started a petition on Change.org to take it down. Bryant, who is African-American, argued that the statue is a symbol of slavery, and it made her feel unwelcome in her own city. Charlottesville city council agreed with the young Bryant. Before the council could remove Lee’s statue, groups of neo-Nazis and racists organised a rally to defend it. They marched in Charlottesville on August 11 and 12, and they attacked counter-protesters, who had come to oppose them peacefully. They injured several of them and killed one woman.

The events of Charlottesville caused national indignation. The violence and racial hate were condemned. Many statues of Lee and other controversial figures were vandalised. Some were removed by local governments. The Mayor of New York, Bill de Blasio, set up a commission to find out if any of the city’s statues were potential ‘symbols of hate’. Some of these are statues of Christopher Columbus. But why Columbus? On Columbus Day he is celebrated as a symbol of courage, initiative and determination, the great sailor who ‘discovered’ America. The critics of Columbus claim that this is only half the story. They point out that the Genoese sailor behaved horribly towards Native Americans. Columbus himself wrote about the Natives: “they do not bear arms, and do not know them […] With fifty men we could subjugate them all and make them do whatever we want.” This, historians confirm, is what happened: Columbus enslaved and killed the peaceful Natives he met. He was the first in a long line of greedy and bloody European conquerors.

The debate over Columbus is not new in the rest of the continent. Many Latin American nations, where a large percentage of the population is Native American, consider Columbus a foreign invader. Columbus Day has been replaced with other celebrations such as Indigenous Resistance Day (Venezuela), Cultural Diversity Day (Argentina), Decolonisation Day (Bolivia) and Day of Interculturalism (Costa Rica). This trend is spreading to the United States. Many cities are replacing Columbus Day with Indigenous Peoples’ Day to honour Native North Americans, the victims of European colonisation. This year, Charlottsville and Los Angeles (the second largest US city),  joined the movement. Promoters of this new holiday claim that statues are meant to represent the values in which we believe. They say that if there are conquerors, colonialists, and slave owners on pedestals, it’s time to remove them. Perhaps, as the American comedian Lee Camp suggests, we should move them all to ‘the museum of values most of us have evolved beyond’.
Useful links 1) Here’s Zyahna Bryant’s petition on Change.org: https://www.change.org/p/charlottesville-city-council-change-the-name-of-lee-park-and-remove-the-statue-in-charlottesville-va 2) Read about Christopher Columbus: http://www.bbc.co.uk/schools/primaryhistory/famouspeople/christopher_columbus/ 3) Learn about Native Americans and their culture: http://www.historyforkids.net/native-americans.html 4) Read more about Columbus Day: http://www.history.com/topics/exploration/columbus-day 5) Read more about Indigenous Peoples’ Day: http://time.com/3495071/indigenous-peoples-day/
COMPREHENSION 1) Read the article and complete the sentences with the right alternative. 1. On Columbus Day 2. The vandals’ slogans want to suggest that Columbus was 3. The Confederacy was a group of American States 4. Zyahna Bryant says that Robert E. Lee’s statue should be 5. The statue of Robert E. Lee was defended by 6. Many people were hurt in Charlottesville and one person 7. After the events of Charlottesville some local governments 8. Critics of Columbus point out that he 9. To Native Americans in Latin America, Columbus is a symbol of 10. Promoters of Indigenous Peoples’ Day believe that   VOCABULARY 2) Complete the sentences with the following words. Put the verbs and nouns in the right form, if necessary. to argue  *  to point out  *  greedy  *  trend  *  controversial  *  vandalise  *  to abolish  *  initiative  *  slavery  *  to injure 1. People strongly disagree over this issue: it’s very ______. 2. He was ______: he stole all the gold he could find. 3. ______ was a horrible institution: it allowed some people to own others. 4. President Lincoln ______ slavery and made it illegal. 5. During the American Civil War more than a million people died and many more were ______. 6. Zyahna Bryant took the ______ and started a petition on Change.org. 7. The ______ is clear: more and more people are critical of Columbus Day. 8. He ______ that Columbus is a symbol for Italian Americans. 9. Using lots of historical facts, the historian ______ that Columbus was more of a violent conqueror than a noble explorer. 10. The young man ______ the statue, hitting it repeatedly with a hammer.     GRAMMAR – Possessive case and double genitive 3) Use the words in brackets and the possessive case to complete the following sentences. 1. ______ (Columbus / boats) were called Niña, Pinta and Santa Maria. 2. Columbus named the ______ (Natives / island) Hispaniola. 3. ______ (Zyahna Bryant / hero) is not Robert E. Lee. 4. ______ (Columbus and Lee / statues) were vandalised. 5. The ______ (children / history teacher) told them good and bad things about Columbus.   4) Use the words in brackets and the double genitive to complete the following sentences. 1. 'Robert E. Lee is a hero ______ (mine)!’ shouted the man at the rally. 2. That friend ______ (Lucy) is a Native American – he’s a Cherokee! 3. A friend ______ (Zyahna) is also a friend ______ (Nicholas). 4. ______ (many / friends / Zyahna) signed her petition. or ______  (many / friends / Zyahna) signed her petition. 5. ______ (two / John / sons) attended the counter-protest. or ______  (two / John / sons)  attended the counter-protest.   SHORT ESSAY 5) Do you think Americans should celebrate Columbus Day? Give reasons for your answer. (60-80 words)  6) Think about the public statues you know. Is there one that represents your values? Write about the statue and the values it represents. (60-80 words)
— (Carlo Dellonte) (Image credits: Wikipedia and Turinboy, flickr ) 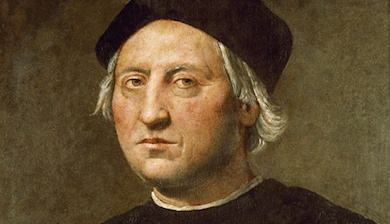 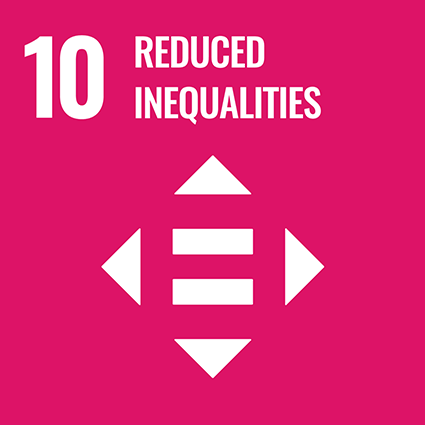