In 1973 Great Britain joined the European Economic Community, which later became the European Union (EU). Last year it decided to leave. Britain’s exit from the EU – Brexit in short – is a long and difficult process that will end up taking years to complete. Brexit is the latest chapter in the long drama between the UK and the Continent.
di Redazione
Per la lezione
Scarica il PDF dell'articolo
Scarica le soluzioni
Per scaricare questa risorsa devi accedere a myZanichelli
On 23 June 2016 a very important referendum was held in the UK. British people were asked whether they wanted Great Britain to leave or to remain in the European Union (EU). The EU is a group of 28 European countries that co-operate together and have strong economic ties. Their citizens can move and work wherever they like in the EU. The origins of the Union can be traced back to 1957, when 6 nations formed the European Economic Community (EEC). Over the years, other nations, such as Britain, joined, and the EEC became the EU. No nation had ever left the Union… until recently. The British referendum had an unexpected result: more people voted ‘leave’ (51.9%) than ‘remain’ (48.1%). Britain’s exit from the EU – also called Brexit – is not going to be easy. Britain is currently facing a difficult ‘divorce’.

So why Brexit? Those that voted ‘leave’ in the referendum feel that the EU did more harm than good. Perhaps it ensured peace, but they claim that it also took away the right of the British people to govern themselves. They blame the EU for their social and economic difficulties. Leaving the Union, though, will not be a short and painless process. Britain will have to pay a ‘divorce bill’, and negotiations will go on for months (the UK will officially leave the EU in March 2019). The first phase, on the ‘principles of the divorce’, was concluded in October. The second, more complicated phase is starting now. Current British Prime Minister, Theresa May, finds herself in a difficult situation. She has to negotiate a deal with the EU, and then have the British Parliament approve it. But what if it rejects the deal? Nobody can say what will happen then. Certainly, the Brexit vote has caused great divisions within the UK. Most Scots (62%) voted to remain in the EU, and now they’re asking for a referendum to decide on whether or not Scotland should remain in the UK. There are similar talks in Northern Ireland. Could the Brexit vote, ultimately, lead to the end of Great Britain?
Useful links 1) Do you want to know more about every aspect of Brexit? Read this webpage: http://www.bbc.com/news/uk-politics-32810887 2) Do you want to know more about the EU? Check out this official webpage: http://europa.eu/kids-corner/index_en.htm …or watch these short videos: https://www.youtube.com/watch?v=ywJS7swbqeE https://www.youtube.com/watch?v=8fhbYuPT-rw 3) Do you know the member states of the EU? Take this quiz: https://online.seterra.com/en/vgp/3022 (Try the other quizzes on the same page. Guess European cities, capitals, flags…) 4) Look at this video about Scotland and its independence movement: https://www.youtube.com/watch?v=1gqZiJEYRhI 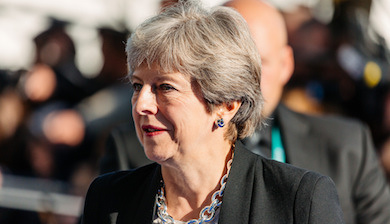