On 13 October the Swedish Academy announced the winner of this year’s Nobel Prize in Literature. The Nobel Prize is the most important literary award in the world and this year’s winner was the most controversial ever. Not only because he was the first songwriter to win the Prize, but also because for weeks nobody knew if he was going to accept it. Learn more about the Nobel Prize in Literature and this year’s winner: American rock legend Bob Dylan.
di Redazione
Per la lezione
Scarica il PDF dell'articolo
Scarica le soluzioni
Per scaricare questa risorsa devi accedere a myZanichelli

Back in the 19th century, the Swedish scientist and businessman Alfred Nobel invented dynamite and other explosives. A French newspaper called him a “merchant of death” who “became rich by finding ways to kill more people faster than ever before”. Nobel did not want to be remembered like this, so he decided to leave his fortune to people who make the world a better place. To do so, he created the Nobel Prize. Each year the Prize is awarded to eminent people in the fields of physics, chemistry, medicine, literature and peace. Today the Nobel Prize is considered the most prestigious award in these fields. Authors who write in English have dominated the Literature Prize with 28 winners out of 113 (plus 3 who wrote both in English and in another language). Among them are 11 American, 10 British and 4 Irish writers. The winners are chosen by the members of the Swedish Academy, helped by the advice of scholars from around the world. Not everybody agrees with the choices of the Academy, but no choice was more controversial than this year’s.

This year’s Nobel Prize in Literature was awarded not to a novelist, nor to a poet, nor to a playwright, but, for the first time, to a singer-songwriter: the American music legend Bob Dylan. The Academy chose him because he created “new poetic expressions within the great American song tradition.” Many writers and critics around the world praised the decision. Others agreed that it was time for an American writer to win the Prize – the last one was Tony Morrison who won it 23 years ago – but they believed that novelists like Philip Roth or Don DeLillo were far more deserving than Bob Dylan. Some claimed that songs belong to a different art form: they are not literature. Others said that even if one considers songs literature, Bob Dylan’s lyrics did not deserve a Nobel Prize. The heated debate continued, and while the world was discussing him, Bob Dylan said nothing.

Bob Dylan did not comment on winning the Prize. Many wondered: was he going to refuse it? For sure, he was ignoring it. The Swedish Academy tried to get in touch with him, but it gave up after more than ten days of failed attempts. One of its members suggested that Dylan was being “impolite and arrogant.” A few more days passed and finally Dylan called the Academy and said that winning the Prize left him “speechless.” He accepted the Prize but he wasn’t sure if he could attend the Nobel ceremony on 10 December. Again the world wondered: was he being rude a second time? The days passed and finally Dylan said that he was not going to the Nobel ceremony due to “pre-existing commitments.” What could be more important than receiving from the hands of the King of Sweden the greatest literary prize in the world?

The critics of Bob Dylan’s attitude probably did not consider that not all writers approve of the Nobel Prize. In 1925 Irish playwright George Bernard Shaw almost refused it. He wittily said: “I can forgive Alfred Nobel for having invented dynamite, but only a fiend in human form could have invented the Nobel Prize.” He probably considered prizes fit for competitions, not for art forms such as literature. In 1964, French writer Jean-Paul Sartre won the Prize but refused it. He claimed that a writer should be free and should not be “institutionalised.” Bob Dylan differs from Shaw and Sartre because he accepted the Prize and seems to consider it important. His attitude, though, seems to suggest that he also believes, like Shaw and Sartre, that artistic freedom is more important. Writers write for personal reasons or to communicate with their readers, not to win prizes. If they win them, that’s fine, but it’s no big deal. Even if it is the Nobel Prize in Literature.

1) Watch this video to learn more about the Nobel Prize: https://www.youtube.com/watch?v=94YQ3el6LMc

2) Here is the official page of the Nobel Prize in Literature: https://www.nobelprize.org/nobel_prizes/literature/

3) Find out some interesting facts about the Nobel Prize in Literature: https://www.nobelprize.org/nobel_prizes/facts/literature/index.html

4) What do you know about this year’s winner? Learn more about Bob Dylan here: https://www.nobelprize.org/nobel_prizes/literature/laureates/2016/bio-bibl.html

4) Who is your favourite writer? Why do you like his/her work? Has he/she taught you something important? (60-80 words)

5) Do some research on Bob Dylan or on another Nobel Prize winner, then write about him/her. (60-80 words) 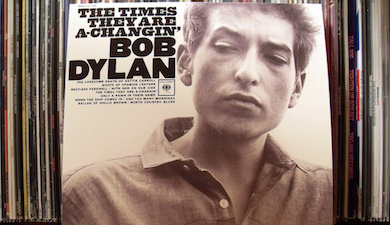