And the Oscar goes to…

Every year, the Academy Awards is the biggest event of American cinema, and the Oscar statuette is probably the most famous film award in the world. Find out some of the more curious facts about the Oscars, and read about some of the criticism the Academy has received.
di Redazione
Per la lezione
Scarica il PDF dell'articolo
Scarica le soluzioni
Per scaricare questa risorsa devi accedere a myZanichelli

On the night of February 28, 2016, after five previous nominations and zero wins, Leonardo DiCaprio finally won his first Oscar. “At last!” must have thought his fans around the world. Something similar happened to another amazing artist: Italian composer Ennio Morricone. He received an Honorary Oscar in 2007, but he won his first Oscar for Best Original Score this year, after five previous nominations and zero wins. An Oscar is a very prestigious award. Most people in the cinema industry would love to win an Oscar. That’s why Leo’s friend Kate Winslet keeps hers in the bathroom: her guests who go for a pee can pose with it in front of the mirror, and, for a couple of minutes, they can pretend to be winners. Besides the prestige, films that win an Oscar make more money. Actors and actresses who win an Oscar earn more money. An Oscar even has ‘health benefits’: a study shows that people who win an Oscar live longer than those who don’t. Apparently, Oscars even make chickens lay larger eggs! That’s what actor Russell Crowe said after putting his Oscar in his chicken coop.

A knight with a sword

The official name of an Oscar is ‘Academy Award of Merit’. The winners are decided by the members of the Academy of Motion Picture Arts and Sciences. The award is a little golden statuette of a knight holding a large sword. It was designed in 1928 by Cedric Gibbons, a Hollywood production designer. No human model was used to design the statuette. Nobody really knows how the statuette got the nickname ‘Oscar’. According to a popular story, an Academy librarian said that the statuette looked like her uncle Oscar. Many professions in the movie industry receive the award: actors, writers, directors, producers, and technicians. Curiously, the production designer who designed the statuette, Cedric Gibbons, won 11 of them.

To be nominated for an Oscar, a film has to be shown for at least 7 consecutive days in the Los Angeles county cinemas. This means that even a foreign film, in a foreign language, can be nominated. The Italian La vita è bella is an example. It was shown for several weeks in Los Angeles, and it was nominated for Best Picture. The protagonist of the film, Roberto Benigni, won the Oscar for Best Actor. The awards are given during a very important ceremony. All the nominees hope to hear their name at the end of the sentence “And the Oscar goes to…” (Before 1989 the phrase used was the even more famous “And the winner is…”). The winner collects the award and can give a brief speech. But it has to be very brief indeed. It can only last 45 seconds. When the 45 seconds are over, the orchestra starts playing even if the winner is still talking!

Winning an Oscar is a great achievement, and some people have won more than one. Walt Disney holds the record: he won 26! Actress Meryl Streep has received more nominations than any other actress or actor: 19 (with 3 wins). Even children have won Oscars. Actress Anna Paquin (you might know her as Rogue in the X-Men films) won an Oscar when she was 11 years old. There are also some film geniuses who – incredibly – have never won. The Academy, for example, was criticized for not giving an Oscar for Best Director to Alfred Hitchcock or Stanley Kubrick, probably two of the greatest directors of all time. This year, director Spike Lee launched the hashtag #OscarsSoWhite to criticize the lack of ethnic diversity in the awards. Most members of the Academy are white, middle-aged or old males, and all 20 of the acting nominees they chose this year (as well as last) were white. The Academy president Cheryl Boone Isaacs accepted the criticism. She has promised that the Academy will recruit younger members, diversifying in “gender, race, ethnicity and sexual orientation.”

Which are the strangest places where winners keep their Oscars? Find out here:

Are you interested in Academy Award records? Can you find any Italian who holds a record?

Do you know Ennio Morricone? Do you know any other Italian Academy Award winners? Research some of them:

Do you want to know more about the criticisms the Academy received this year? Here is what Spike Lee wrote on Instagram:

And here is an article about Academy president Cheryl Boone Isaacs’ reply:

1. Kate Winslet’s Oscar stands 2. Usually, actors and actresses who win an Oscar 3. ‘Oscar’ is 4. The Oscars are given to many professionals, such as 5. To be nominated for an Oscar, a film must be 6. Cedric Gibbons 7. The winner of an Oscar should 8. Walt Disney won 9. Anna Paquin 10. The Academy Award

3) Complete the sentences with the correct past tense of the verb.

4) Who is your favourite actor/actress? Describe him or her and say why you’re his or her fan. (60-80 words)

5) Which is your favourite film? What is it about? Write a short essay explaining what it is about, what is special about it and why you think it’s such a good film. (60-80 words) 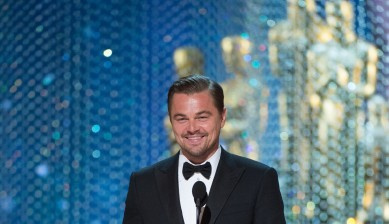