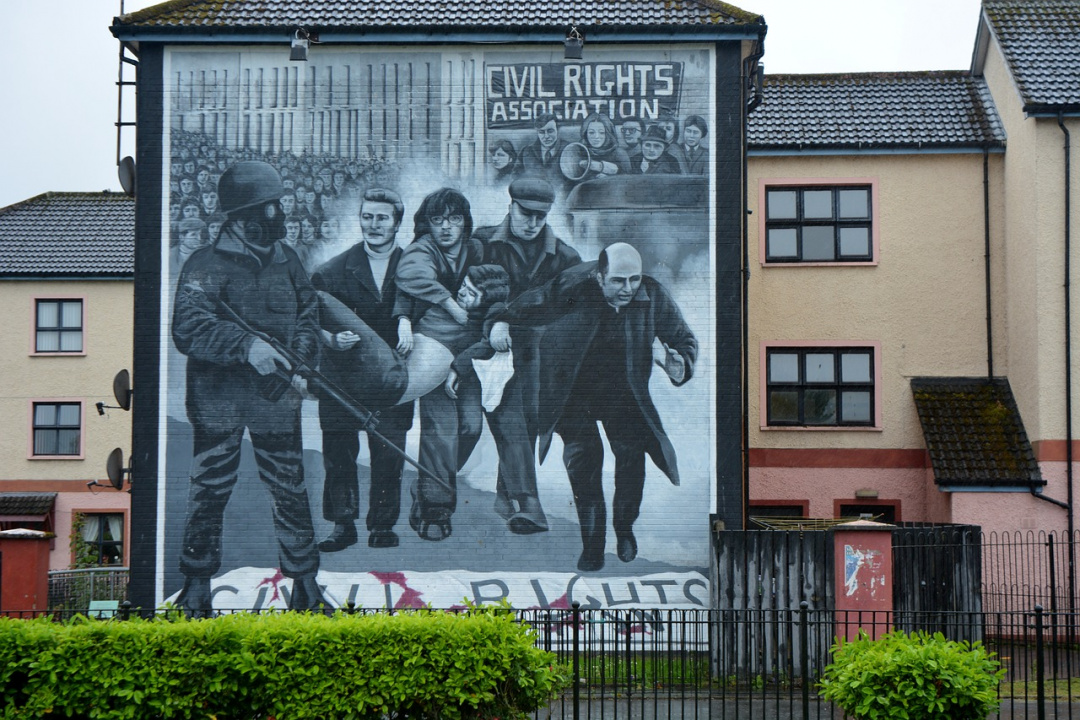 30 January 2022 marked 50 years since Bloody Sunday, one of the worst events of the Northern Ireland conflict known as ‘the Troubles’.

In 1971, in response to the violence of the Troubles, the British government introduced internment; this allowed the police to imprison people without trial. On 30 January 1972 the Nationalists held a rally in Derry to protest this new measure. After some initial clashes between the protesters and the army, the soldiers opened fire using live ammunition.

A British inquiry claimed that the march was illegal and that the soldiers were attacked first. The victims’ relatives contested these claims and kept campaigning for justice.

In 2010, a second inquiry overturned the conclusions of the first. It proved that none of the people killed were a threat, and that the army had lost control and fired first.

This year there were many celebrations to mark the 50th anniversary of Bloody Sunday, including a Walk of Remembrance in Derry. In London, Prime Minister Boris Johnson described Bloody Sunday as “one of the darkest days in our history.”